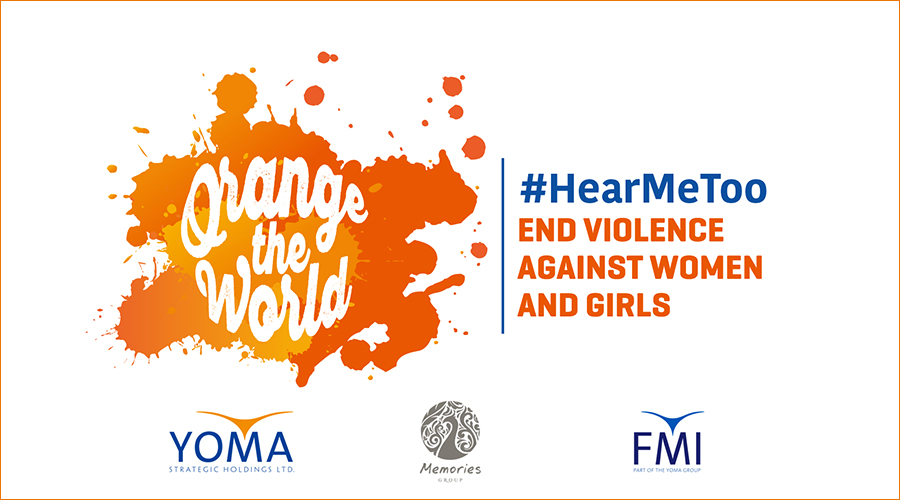 Alongside our Yoma Group partners, we are part of the Orangetheworld initiative and marking #16DaysofActivism against Gender-Based Violence. In support of the initiative, volunteers from across Yoma Group got together to produce a short film and dedicated a poem to the cause.

This year the “Orange the World” #HearMeToo campaign calls upon partners to mobilise people to highlight issues relevant to preventing and ending violence against women and girls.

Orange is the official colour of the UN Secretary General UNiTE campaign and is used as a symbol of a brighter future, free from violence against women and girls.